For a more vital way of life there are certain lifestyle choices that can support this. Healthy wholesome food, regular exercise and mental support practices such as mindfulness.

It can often be challenging to make better lifestyle choices, the choices that are more loving to our minds, bodies and souls, but the more we do this the more vital we can become.

The word ITAL from the Rastafarian vocabulary is derived from the word VITAL. Rastafarians beliefs come from intense personal meditations and prayer.

Due to this emphasis on individual personal meditation, the expression of Ital varies widely and there are few universal "rules" of Ital living. Read more...  or also here...

Health and vitality in life is what we all hope for. Everyone has their own "vital groove" to play in, a path where you feel most happy and alive, most comfortable and essentially the most and best YOU. The path that plays your own individual life vibration at it's best dynamic quality. The mind, body and the soul all play a part in vitality and the quality of our personal vibratiional "sound" we are as beings. The more we enrich and nurture ourselves with the things we know are good for us, the more we have the potential to elevate ourselves and connect to the source of energy we need to survive and thrive in life individually & collectively as part of the whole we are all connected in. 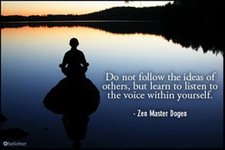 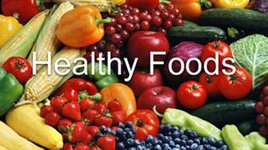 Good mental health and happiness are very important to feel VITAL. The roots of much unhappiness can stem from low self esteem and trauma, it is an inner cycle pattern that can be hard to break, see or fully comprehend without a lot of research, learning and a deep journey of work on the  inside.

For the last 20 years or more Essence suffered depressive episodes and sought understanding to why. She found some connection to writings about Indigo children/adults, but if she tried to use that as a way to explain herself, there were few that could comprehend at that time.

After a long highly solitary journey of self discovery and self help using creative expression in music as her rock,  she had lightbulb moments that shed illumination on the full picture of her life, the why's and what's began to make some sense at last. It was a onion layer peeling exercise, often being gaslighted by others, confusing, tiring, emotionally and physically challengiing, draining,  at  times quite hopeless, a real roller coaster with occasional glimmers of hope but mostly a white knuckle ride that  did not have a definative end point  to get off!

This type of journey is now often referred  to as part of an ascension process that many souls are and have been going through since around 2012, but in the earlier years there was far less information and support  available online. As an early awakener, she just had to wade through it. Finally in 2014/15 after one banger of a dark night of the soul and highly challenging life experience, she reached final breakthroughs that were hidden in the depths. Some times the greatest trials can bring us to the light.

OPRAH TV introduced her  to a book called "The Highly Senstitive Person" by Elaine Aron, amongst a list of other spiritual and personal growth writings. A greater sense of self actualisation, validation, understanding and relief began to be found, as well as degrees of sadness for some aspects of the truth of the whole dynamic she could now see. The power of Twitter brought her an HSP friend who opened the door to the Jungian personality type test. This added to her grasp of who and why she experienced life in the way she did.  A #HSP (Highly Sensitive Person),  an #INFJ #Empath more #Introvert often but not always, a #blacksheep also resonating with #Starseed writings...she found she was the only one that had experienced life through this lense.

She was the scapegoated child, the blacksheep of the family, bullied at school, the young adult that looked for love in all the wrong places and encountered further abuse in various forms as she progresssed in life. The adult that kept trying to succeed  but always struggled to fit in, to maintain balance, to hold onto energy, yet was still trying to shine some light to others. A deep sensitive soul that believed in love, was searching for the meaning of it, giving what she had and helping people but not realising her own needs, her personal boundaries far from healthy and little knowledge of how to assert them. A people pleaser, bit of a doormat, pretty easily manipulated emotionally, used and taken advantage of often and short changed sometimes withought even realising it, just beliving she was doing the right thing, the kindest thing, which it was to others but not to herself.

A stronger foundation to her life was built finally she has continued to evolve to higher and higher degrees of happiness, health and abundance ever since.

Exercise and getting out in nature are all helpful ways to feel good in the mind, body and soul.